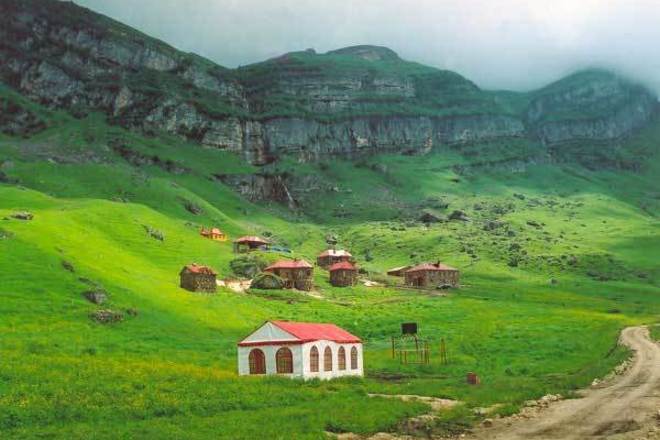 Georgia is one of the countries of the former USSR where local tourism has developed since the days of the USSR. Every year, millions of tourists come to Georgia because of many different benefits. It is difficult to describe all of these benefits to go to this beautiful country. But we tried to choose the main ones for you below:

The Georgian landscape is undoubtedly breathtaking and thirsty for adventure. This is a relatively small country, but with a wide variety: Black Sea beaches (mostly full of stones, but still quite suitable for relaxation), high mountainous stretching Caucasian chains, incredible caves, green valleys, a series of small mountain rivers and much more. You will be delighted by the amazing landscape of Georgia.

“Every Georgian dish is a poem.” These are the words of the famous Russian poet Alexander Pushkin. It’s hard to disagree with him. Traditional Georgian cuisine is a colorful poem composed of all the juicy ingredients provided by the mild climate, prepared using inherited technologies, from the time when merchants of the greatest empires such as Ottomans, Mongols or Persians strategically located on the Silk Road passed through Georgia.

In summer, the capital of Tbilisi will see temperatures up to 35 Celsius. On winter visits, you rarely see temperatures drop below 5 degrees. It should be noted that in many parts of the country it snows, especially in the mountains. Gudauri, near Kazbegi, is an ideal place for skiing or snowboarding, with the best infrastructure. There are also other ski destinations such as Bakuriani and Mestia.

The main attractions of Georgia are ancient religious buildings, medieval fortresses, mountain monasteries and churches of old cities. Architectural monuments of different eras are in every major city, however, the Mtskheta and Mtianeti region, which contains several beautifully preserved historical regions of the country, is of the greatest interest in this regard.

Georgians are one of the ancient peoples of the Caucasus. Their hot temperament, passion for music and wine are known around the world. Not a single noisy feast among Georgians is complete without a host. These are truly very welcoming people with a deep history and traditions that Georgians honor.   Tourists are usually full of invitations and sincere kindness. Simply put, it is worth visiting the Georgian people.

Any tourist knows many winemaking countries, such as Spain, Italy, France and Argentina, with ancient traditions of wine production. Georgian wine is a little secret of the Georgian people, which also has a centuries-old winemaking traditions. Do you know that wine was produced in Georgia in the 6th century BC? Nowadays the main region where you can taste Georgian wine is Kakheti in the eastern part of the country, where 75% of wine production is made. Moreover, you can buy excellent home-made wine almost everywhere in Georgia.

Georgia is a country of ancient and distinctive culture. The culture of Georgia has been formed over a centuries-old history and today represents a rich national culture and literature based on the national language and writing. The roots of Georgian folk music go back several millennia. Georgian cinema, which emerged in the Soviet era, is a bright and peculiar phenomenon. The Georgian film industry, despite its small size, has started to contribute to the global scenario where Tangerines, a co-production with Estonia, nominated for 87th Academy Awards.  Since 2010, Georgian folk dances have been compulsory in Georgian schools. These days The Georgian dances are an intangible heritage of UNESCO.

Borjomi is a famous resort town, which became especially popular in the USSR, thanks to its mineral water. “Borjomi” is a natural mineral hydrocarbonate-sodium water with natural mineralization, used for the prevention and treatment of diseases associated with the digestive system, metabolism, and is used as table water. These healing properties of the region’s mineral springs attract millions of tourists from all over the former Soviet Union and Eastern Europe. In addition, Borjomi-Kharagauli national Park is an ideal place for the most beautiful walks in the Caucasian forests.

The largest cities in Georgia, such as Tbilisi, Batumi and Kutaisi, are lively and worth a visit. You should go to Tbilisi to see the beautiful and ancient capital with numerous attractions. This is the main tourist place, like a fairy tale! Batumi is a seaside resort and it is more than just a beach and unusual architecture. The city has a charming old town, an amazing Botanical garden, street art and lush mountains surrounding the city. Tourists often do not notice Kutaisi, the second largest city in Georgia, which still deserves your attention.

Thanks to the rich national cuisine, the restaurant business is actively developing in Georgia. Tbilisi has a huge variety of restaurants of Georgian and international cuisine. On Chardin Street in Tbilisi is the largest number of popular restaurants and cafes of the city. Many of them have original decor: from ultramodern to traditional, artsy to nostalgic.

The history of Georgia goes deep into the millennia. One of the first state formations on the territory of modern Georgia and Abkhazia was the legendary Kingdom of Colchis. Colchians, the ancient Georgian polity, and their Kingdom are found in descriptions of ancient Greek historians, for example, in myths about the Golden Fleece and the Argonauts. Another legend of Georgia is Queen Tamara. Queen Tamara, also known as Tamar the Great ruled Georgia from 1184 to 1213, leading to the summit of the Georgian Golden Age. She was the first woman to govern Georgia in her own right. In these days, Georgia has preserved their ancient churches and monasteries that date back to the Middle Ages.

Georgian people are very hospitable people. If you are lucky enough to visit a Georgian house, no matter how modest or rich, you will be treated as a respected guest. Even in small villages, people try to meet tourists with a smile, surrounding them with care. Georgians love noisy feasts, they are very open and friendly to everyone they meet.

“Is Georgia safe?”? “What about war?” These are the most frequently asked questions by tourists. Georgia is one of the safest countries you have ever traveled to. The petty crimes are almost unheard of, killings and  kidnapping of tourists quoted by Come Back Alive are absolute nonsense. There is no war at all. The conflict with Russia occurred and ended in 2008, and the Abkhaz conflict is frozen, you can even travel there without problems.

The new Parliament building was opened in 2012 in Kutaisi, 300 km from the capital, Tbilisi. The government has promoted it as a symbol of the democratic future of Georgia and transparency. There are many modern buildings in the country, many of which were built during the regimen of Mikheil Saakashvili, known for his love of architecture.

Trekking, hiking and backpacking in Georgia may be something quite remarkable. Almost the entire country is covered by mountains (about 85% of the whole territory of Georgia is mountainous). This is 130 823 km² of mountains located in one country. Due to the number of mountains in Georgia, there are many hiking/trekking trails and passes.

A popular area of Abanotubani is a dedication to the art of relaxation with traditional Georgian baths. There are many spas with sulfur baths. Georgians treat illnesses and a hangover with sulfur baths, and then with the help of Khash soup. You can find a bath to fit every budget, with different levels of service and luxury Do not miss the opportunity to enjoy hot baths, massages, scrubs and other spa services in Georgia.

The small town of Sighnaghi is located in the heart of the wine region with a view of the Alazani Valley. It is famous for the fortress of the same name, included in the list of the most famous and largest fortresses in Georgia. The walls of the Sighnaghi fortress miraculously survived and today surround the old part of the city and go far beyond the city borders. The city has an undeniable Italian look with a hilly location, brick buildings and many wine cellars and towers of ancient churches. According to local legend, artist Nico Pirosmani, in love, covered the Sighnaghi’s square in front of the hotel with flowers, where his beloved woman, French actress Margarita de Sevres, lived.

If you like to explore abandoned places, then Georgia can be an interesting place for you. Due to recent military conflicts and a weak economy, numerous places have recently impressed the masses and are now empty. A great example here is Tskhaltubo, a former resort city located just a few minutes’ drive from Kutaisi. Even in golden times, Stalin came here for treatment, but now luxurious sanatoriums, a stunning example of Soviet architecture, are abandoned. You can even find many old abandoned houses in Old Tbilisi that are dilapidated and not restored, but give a special charm to the city.

Nowadays Georgia is not so popular and prestigious destination for tourists, but it is actively developing in this direction. Tbilisi, Batumi and Borjomi have a good selection of luxury hotels, resorts, boutiques and fine restaurants. Keep in mind that the prices of luxury hotels are in US dollars.